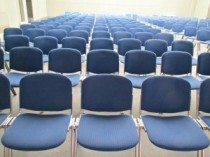 There are many positive qualities that a manager expects from employees, and some negative behaviors that need to be dealt with as well. One of the least desirable and hardest to combat is absenteeism and tardiness. Whether an employee is late or doesn’t show up at all, it’s a clear signal they are prioritizing other responsibilities above work. Once every now and then is acceptable, but when there’s a recurrent pattern with people not showing up to work, there’s a very serious problem that needs to be addressed.

There are several factors that could cause someone to be tardy or absent from work:

Of these, the first three are generally acceptable, especially if the manager knows ahead of time about the situation or the employee calls in to explain. The fourth example is mostly frowned upon, and the last example is really bad, but also the cause for many no-shows.

For tardiness, a pattern usually emerges. The employee might habitually show up to work at 9:15 instead of 9:00, or might be the last person rushing into a meeting two minutes after it’s started. A set pattern of being a little bit late has one simple solution: leave earlier and plan ahead. Being late to meetings may be rectified with a notification system on the computer which can give alerts 10 minutes before meetings.

If the problem is oversleeping, it’s the worker’s responsibility to make changes to their sleeping schedule so that it doesn’t happen. Maybe they need a better alarm clock, or they need to go to bed earlier, or they need to exercise more regularly so that they can fall asleep earlier.

The least excusable reason for being gone is when the employee makes a mental decision not to show up. For some jobs, a last minute cancellation isn’t the end of the world if someone with an equal skill set can be called in to replace the absent employee. But in an environment where the job is unique, an unanticipated absence can be crushing. Many employees call in sick or simply skip out in order to have a relaxing personal day for themselves if they get too stressed out, or a holiday if they want to skip out and spend the day with their friends. The last hooky trend is on Mondays and Fridays; many workers like having the relaxation of a three day weekend, and would rather try and get away with having three days off in a row rather than risk not showing up in the middle of the week.

As a manager, there are three things you can do to prevent absenteeism. The first is to be as open as you can with communication. If you explain at the very beginning that you understand when emergencies come up, and you lay out the rules for what’s acceptable to skip work and what isn’t, you’re less likely to have a worker randomly not show up.

The second thing you can do is to work with them if there’s a recurrent problem. As a manager, it’s more important to attack the root of a problem rather than handle the aftereffects as they come.

The last thing that you can do is to set up a system, either through remote pc software or some other tool, where your workers can be fully productive and contribute towards their projects even if they’re not physically in the office. If their kids have the flu and they have to stay home to help them, having a remote pc software setup enables them to still work while at home.